In February 2016 Michael Maynard, Dean of Seneca’s Faculty of Communication, Art and Design (FCAD) initiated a project to involve Graphic Design students in creating a logo to celebrate Seneca’s 50th anniversary. Under Professor Alabaszowski’s guidance, concepts were submitted by 12 students, and from these a group of 4 logo concepts was selected by the Dean. Students then evolved their designs over several phases, and showcased the various ways the logo treatments could be used.

Seneca’s senior leadership team and the 50th Anniversary Committee selected Xiao’s design following a competitive process among the finalists. The design pays homage to Seneca’s original emblem, a stylized ‘S’ incorporating First Nations’ symbolism (below, featured on a 1967 billboard in the field where the Newnham Campus would be built). Xiao’s design will be part of Seneca’s institutional branding during the coming anniversary year. 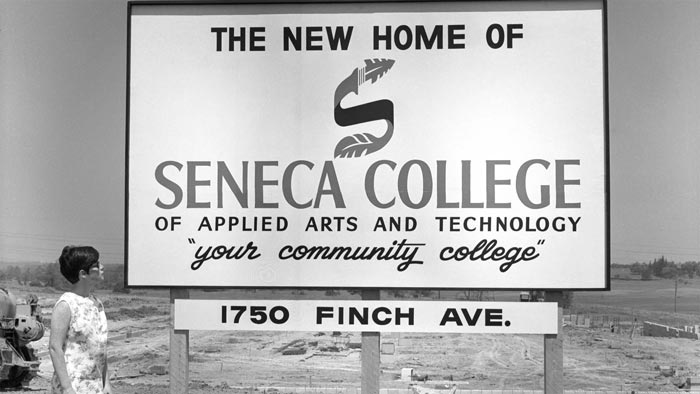 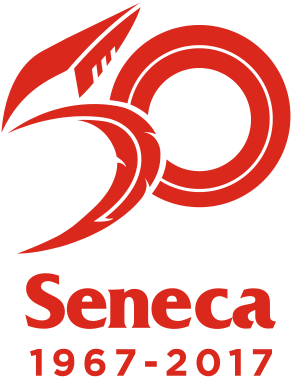