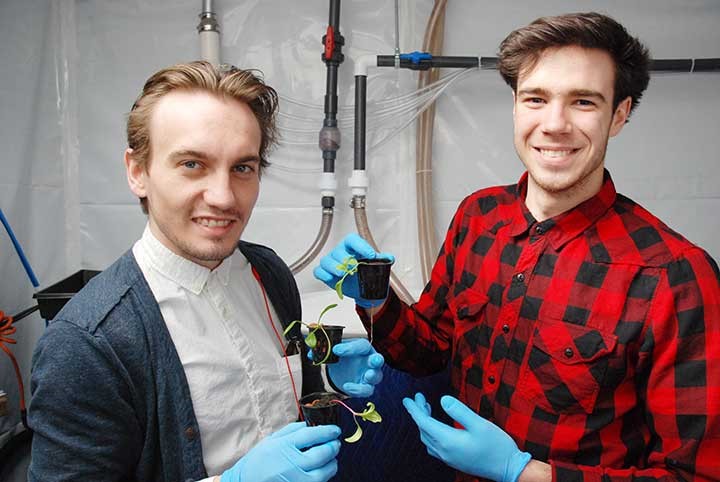 In October, Brandon Hebor and Steven Bourne, Sustainable Business Management graduates and co-founders of Ripple Farms, were named semifinalists in the contest that supports innovative thinking and initiatives. They were among 83 proposals submitted from across Ontario. Their project grows plants using recirculated water that has been fertilized by fish. The growing units, which are the size of a small trailer, combine a fish farm on the first level and an aquaponics growing bed on the second floor.

“The support we received from all departments at Seneca — from their facilities to HELIX, to the executives and everyone in between — really helped make this project a success,” says Brandon. “We’re really pleased with the interest and enthusiasm we’ve received for Ripple Farms and we have high hopes for the future.”

They currently have two urban farming units in operation, including one located at Newnham Campus, and have plans for expansion in the near future. Read more here.