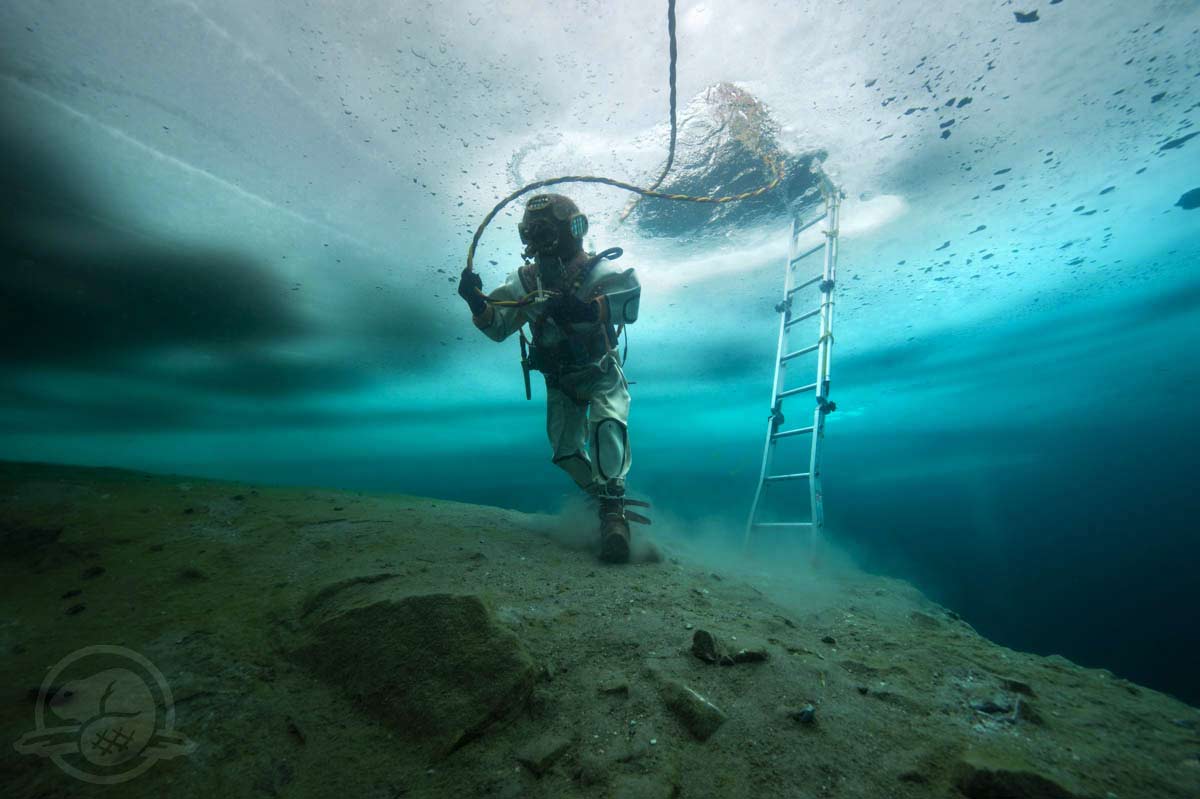 In search of history

for April return to sunken ship

A team from Seneca’s Underwater Skills program has spent the last few months training and preparing Parks Canada marine archeologists to work in the icy waters of the Arctic in order to explore the HMS Erebus.

The Erebus, one of two ships on an ill-fated 1845 expedition, is a part of Canadian folklore — its captain, Sir John Franklin, was attempting for the third time to chart the Northwest Passage when the ship and its crew became stuck in the ice near King William Island. Franklin and his men perished.

The mystery and legend of the expedition has grown over the years in light of several unsuccessful attempts to find its ships. Parks Canada discovered the wreck last September with the help of Inuit history, the Canadian Coast Guard, the Royal Canadian Navy and resources from other government and private agencies.

The eleven-day mission in April, only recently announced by former Prime Minister Stephen Harper, will include daily dives beneath the Arctic ice to more fully determine the state of the sunken ship and to continue photo and video documentation, allowing Canadians and people worldwide to be a part of this historic research.

When Aaron Griffin graduated from Seneca’s Underwater Skills program 21 years ago, he always dreamed of working as a marine archeologist. But being part of a team that uncovers artifacts from the world’s oceans had to wait — until now.

Aaron, program co-ordinator, has been training the eight archeologists selected to head back to the Arctic in April and explore the Erebus.

Aaron and his Seneca team of underwater technologists, which includes Riccardo Ronca and Mike Borean, were chosen by the government to deliver the training for this historic opportunity.

“It’s a tremendous feather in our cap,” said Aaron. “To be honest, we were the best suited to do it.”

Since January, Aaron, Riccardo and Mike have travelled to Ottawa, Quebec and Halifax to deliver a 10-week program on ice diving training, and the techniques the archeologists will be required to know for an expedition of this nature.

All of the archeologists must complete a minimum 20 hours of diving time to complete their training.

“We have being doing nothing but ice diving with them,” said Aaron. “They have never done any diving like this before for their past explorations, so they have gone from zero to grizzled veterans in a couple months."

Being a small part of this expedition has meant a lot to Aaron who never got the chance to fulfil his own underwater archeological dreams. Since the day he graduated from the College, he has worked in the industry in various positions, including as an offshore diving supervisor and diving medic. In 2006, he returned to the program to teach and became the co-ordinator four years later.

He can’t wait to see what the archeologists he has trained will uncover aboard the Erebus. From the footage he has seen, the wreck appears to be well preserved.

“This experience has meant a lot to me. It’s why I got into diving in the first place. The fact that we are helping uncover a part of Canadian history is pretty mind blowing…it’s amazing.”

All in a day’s work: A Parks Canada archeologist prepares to dive into the frigid waters.

All photos courtesy of Parks Canada

As part of their training all the archeologists had to complete a dive wearing the traditional copper helmet.

Aaron Griffin is seen here in the icy waters of the Morrison Quarry in Quebec, where one of the ice water training sessions was held.

In preparation for their expedition, the archeologists must complete 20 hours of diving training.